Internal Layout of the Fish House

The internal layout of the Fish House as of 1995 to 2018. Since then because of time restraints I have scaled down. 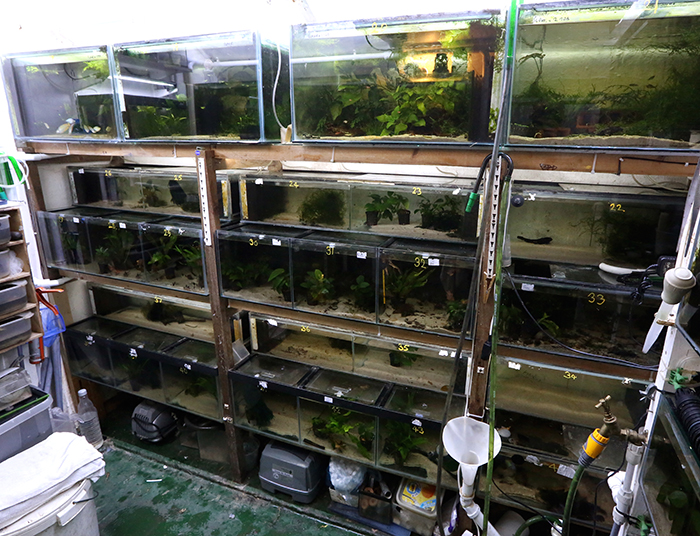 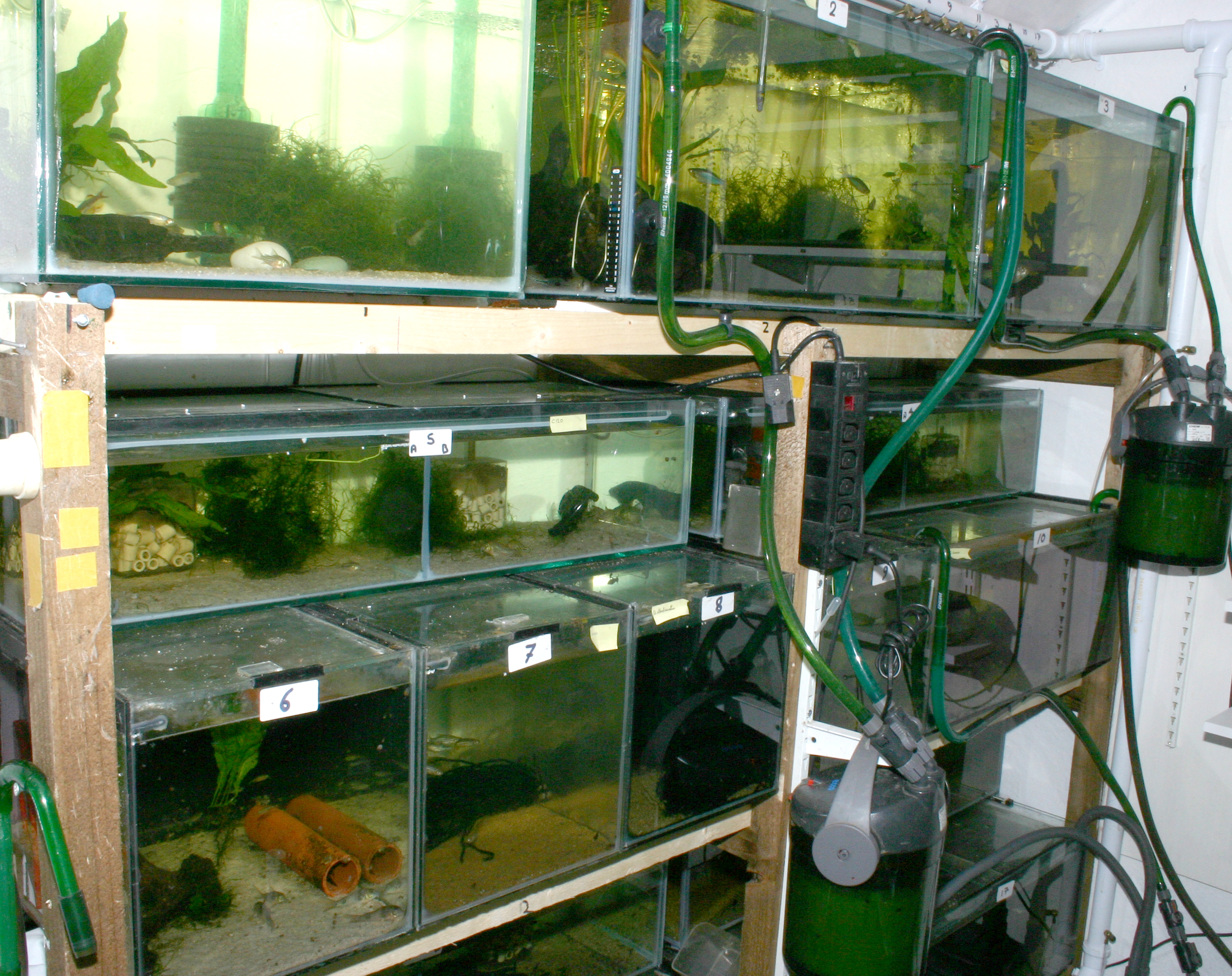 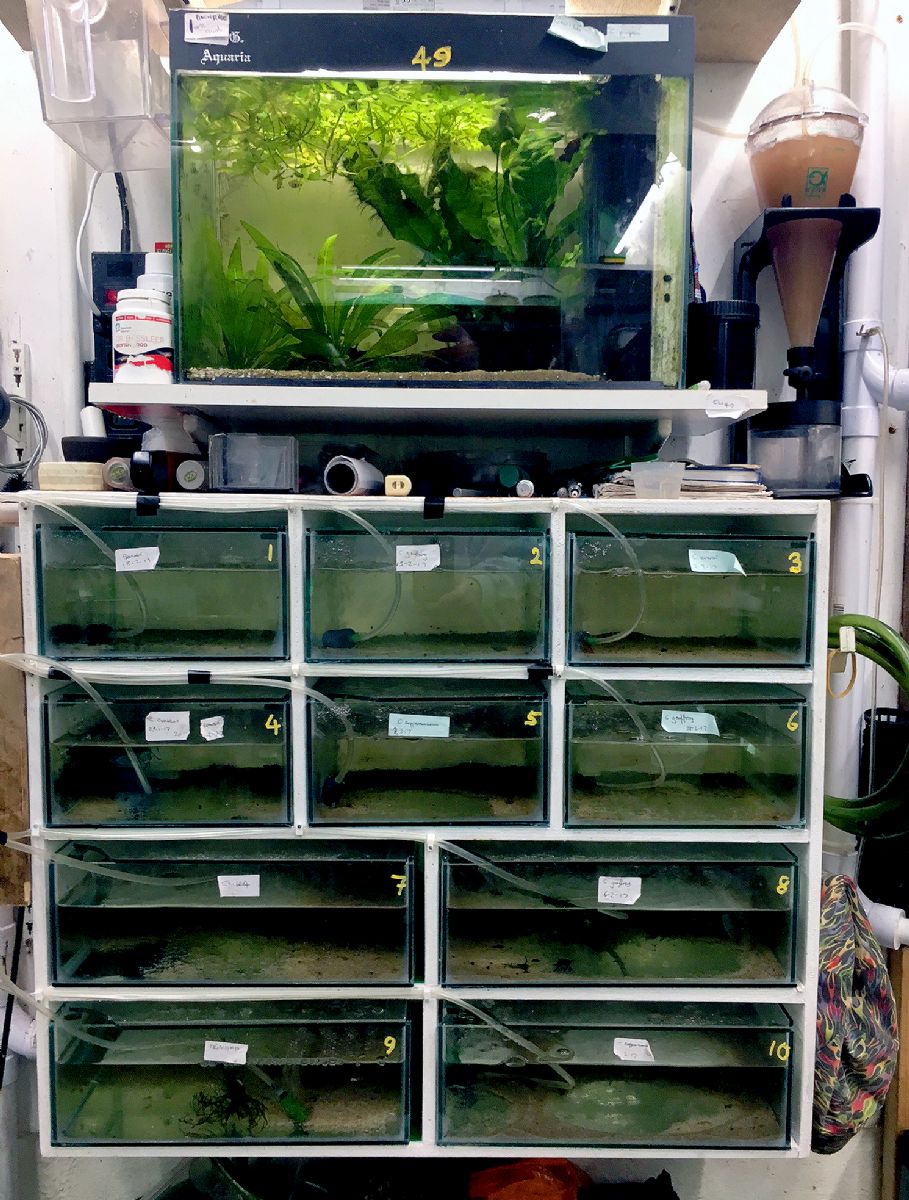 Originally at this end of the Fish House was fitted a shelving unit to house 6 - 1.5 litre and 4 - 3 litre food containers. This has now been replaced (March 2017), with a new unit and instead of the plastic food containers there are now small glass tanks with sliding lids. It is now possible to see the contents without having to man handle them. 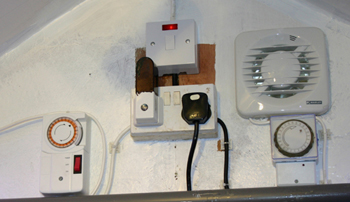 Above the shelving are two timers, the one on the left is for the main lights and comes on 15 minutes after the first, which is an eco bulb that takes 10 minutes to achieve its full brightness. The other timer is for the extractor fan. This is activated for 15 minutes in every hour to remove excess humidity. There is also a small night light that is activated when the main light go off. 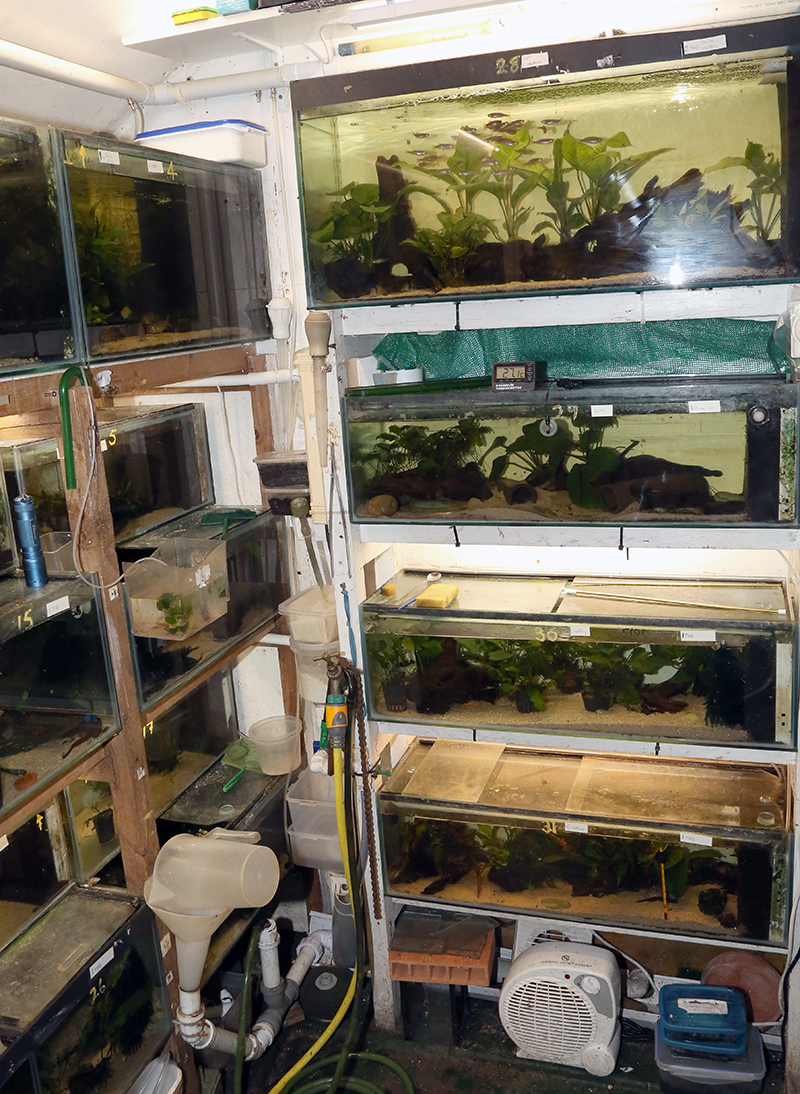 The lighting has changed over the years, originally when the Fish House was first built in 1995 it was fitted with 4 x 60w x 4 T8 florescent light units fitted to the roof panels, and were controlled by a timer to give a 10 hour day. A few years later the T8 units were changed for two twin (54w x 4) T5 units, with the addition of 2 low wattage eco light bulb units. These were also put on timers, so that the eco bulbs come on at 9.00 am for one hour and then the main lights turn on and the eco bulbs turned off a few minutes later. Later in the day at 7.30 pm the eco bulbs come back on and a few minutes later the main T5 units turn off, then at 9.30 pm the eco bulbs turn off.

In 2012 I replaced the the T5 units with 4 x 22w LED units which reduced the overall electricity consumption considerably from 216w to 88w. These have now (January 2017), been replaced with more efficient linkable 18w units. I have also fitted this type of unit along each of the two lower racks, but these are only turned on when I am in the fish house working.