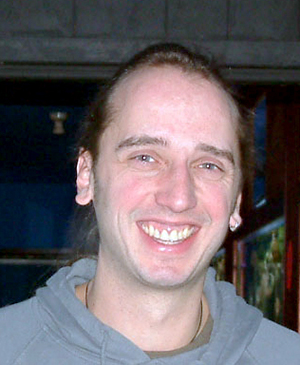 Hans lives in Hamburg, Germany and is - since his very early years - been an aquarist at heart. Starting with a community tank, his interest soon became specialised in African Cichlids of lake Tanganyika and later on from West Africa. In the early nineteen eighties he visited a friend whose Corydoras aeneus were spawning. Since that moment he fell in love with these little creatures and until today the Corydoradinae and Loricariidae are his most favored fish, followed by tetras and all other imaginable freshwater fishes. Hans has so far bred and raised more than 250 different species of freshwater fish in his tanks. Most of those are Corys, which count for more than 100 species and also the Loricariidae with more than 40 species.

Hans is also a busy traveler, He fluently speaks English, Portuguese and a little Spanish, he has visited many tropical countries in search of new and interesting fishes for the aquarium hobby and has made countless journey's to the Amazon, mainly to Brazil, collecting in all the larger affluents of the Amazonas river. He has also collected in Bolivia, Peru and Venezuela.

Hans has published many books and published more than 500 articles worldwide and since 2005 has been the Editor in Chief of the German aquarium magazine AMAZONAS.

Simply put Hans just loves fish and his all time favorite Catfish is the Hypancistrus zebra.