Biodiversity, taxonomy and phylogeny of Corydoras species from northwest Argentina. 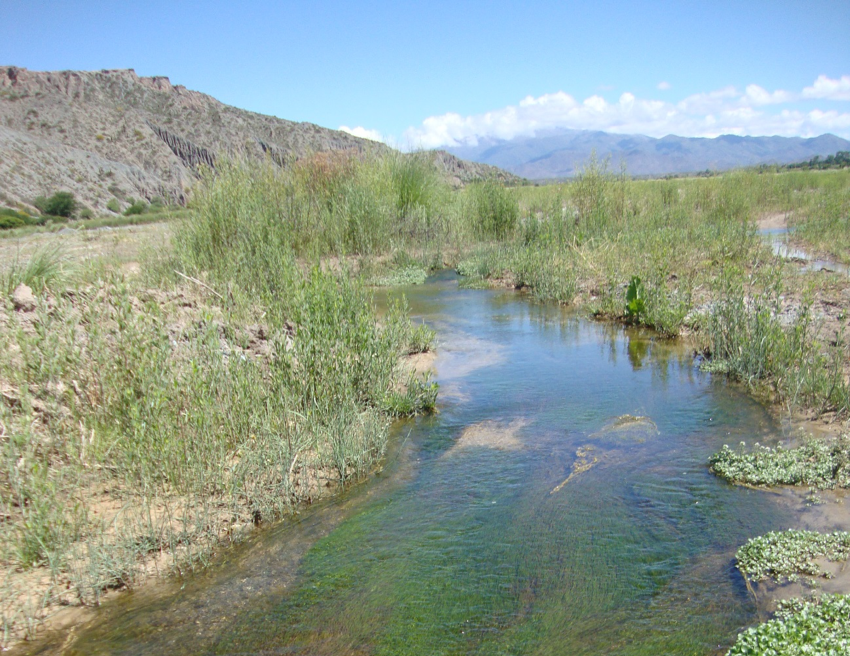 South America faces serious threats for the conservation of Nature such as habitat loss and climate change. Many species are being lost, even without we get to know they exist. In this context knowing how many species there are, and where they are, how did they evolved and how they live is essential to develop management and conservation programs for policy makers, and to raise awareness of the general public of the importance of researching and conservation of those species and their habitats. Also, natural resources have great economic potential to help social and sustainable development in developing countries, so their study and conservation are key in that regard as well. In this context, the fish of the genus Corydoras, one of the richest in species in South America, is particularly interesting for its evolutionary study since they present a series of very particular biological characteristics and many new species that have been described in recent years, revealing the existence of a great diversity of species yet to be discovered and described. In turn, these fish inhabit a great diversity of environments and in a large part of the South American rivers, which is why biogeography and evolutionary studies are extremely interesting in this group. These fish have a body covered by a bony "armor", can breathe air, present spines on their fins with poison and, have a highly complex fertilization system known as "sperm drinking" which apparently implies the ingestion of sperm by the female before fertilization of oocytes. 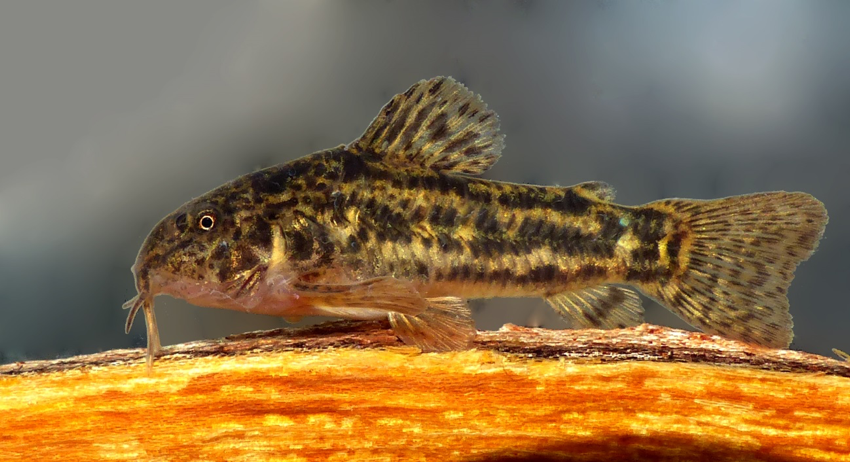 In NW Argentina 5 species of Corydoras have been recorded: C. longipinnis, C. paleatus and 3 endemic species, C. micracanthus, C. gladysae, C. petracinii. Interestingly the phylogenetic relationship of those endemic species has not been assessed yet which is essential to understand the patterns of diversification and evolution of this group of species. Also, additional potential new species are possible to find in this area or to delimit after detailed analysis of molecular and anatomical studies of the known populations of these species. Therefore, the main objective of this project is to delimit the Corydoras species in this area, its distribution, conservation status and to assess its phylogenetic position by including those in the phylogeny by Alexandrou et al. (2011), sequencing the 5 genetic markers used in that study. The description of new species of this group is also a possibility. For this we sill study besides the genetic data the morphology of the populations using osteology, meristic, colour pattern and morphometric data.

In a first step we will produce about 80 new genetic sequences of those species and in combination with morphological studies we will delimit species and asses its phylogenetic positions. This will allow us to better know and understand the evolution of this group in this area and to develop effective management plans and public policies for its conservation and of their environments. At the same time, we will generate scientific dissemination material (in situ videos, photos, texts, etc.) that will allow greater visibility to these fish and their problems in the general public and for the aquarium keepers community. 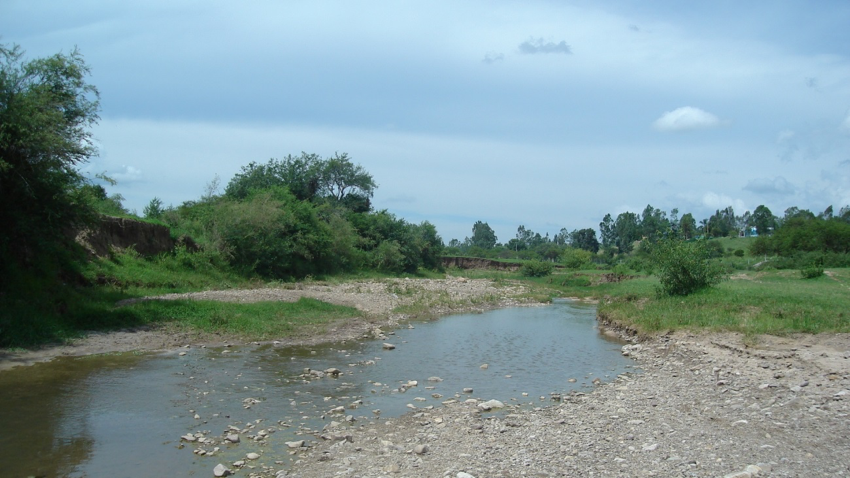 Type locality of Corydoras petracinii in 2007. This stream is currently permanently dry due to the

construction of a highway over it that

completely altered its connectivity. Fortunately, there is another stream nearby where a population of this species still thrives. 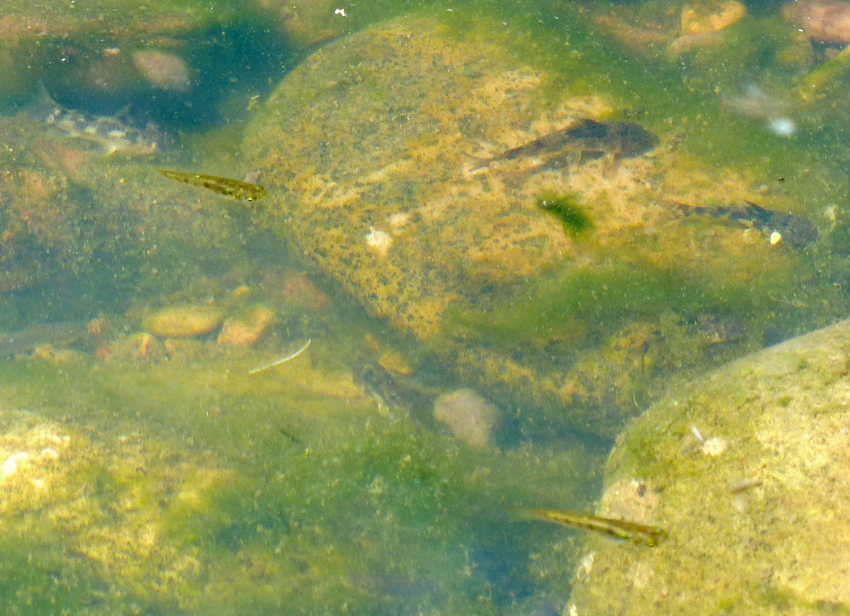 commonly found in  clear water habitats with abundant marginal vegetation and pebbles in the bottom together with Jenynsia alternimaculata, 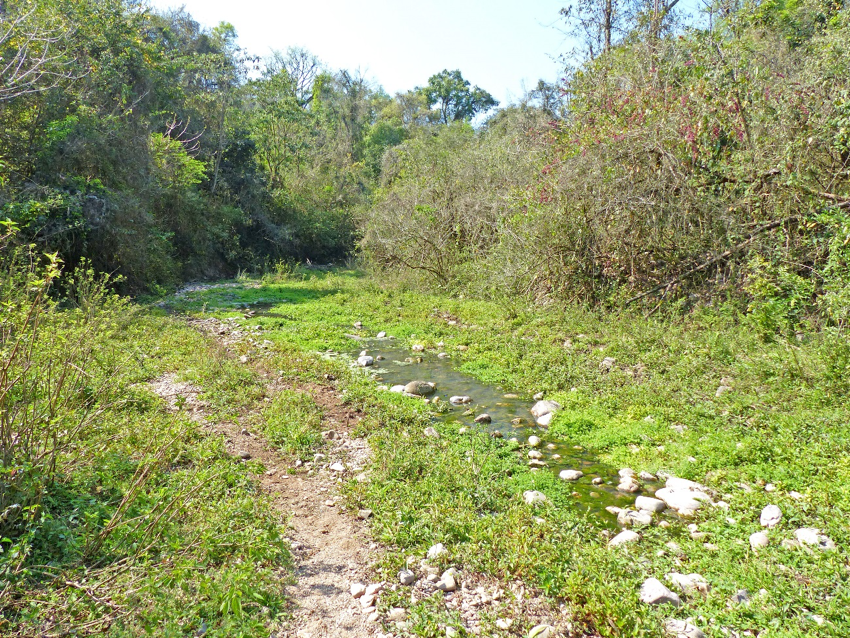 Finally, these studies will serve as a basis for future research that will deepen the knowledge of this group of fish by

having a phylogenetic framework for biogeographical and evolutionary studies of their anatomy, ecology and behaviour.

At the same time, a second stage is expected to advance with phylogeographic studies of this group of species on a